In short: cycling to, then climbing, nine 6400m+ peaks on the Puna.

We fell in love with this area back in 2010, during our first biking visit to NW Argentina. Remote gravel tracks winding between giant volcanoes. Not a being or vehicle in sight. Initially though, we stuck to the principal routes, leaving civilization for only a handful of days at a time.

Then later that trip we ran into Corax; a meeting that changed our whole outlook on cycle touring. He was considering cycling to Antofagasta de la Sierra, which seemed (to us at the time) a mission in itself. He also talked of continuing 150km further into the wilderness to Antofalla volcano, one of the most inaccessible high peaks in the Andes. This sounded plain crazy, and something we couldn’t even consider doing.

But the seed was sown. Bit by bit we began seeking out smaller and smaller roads. The lure of those ripio tracks that don’t show up on most maps, and head out into ‘la nada‘ began to grow ever stronger. This build up has finally manifested in our most ambitious plan yet, and the main focus of our four month summer holiday from Huaraz.

The Puna has the highest concentration of 6000m peaks outside Asia; 13 of them are over 6400m. We’d like to climb them all. In 2011 we began by climbing four*, so in December and January we’ll be targetting the remainder**.

We kick off in San Pedro de Atacama for what we suspect will be the most remote and challenging of the stages in our plan. 600km over Paso Socompa to Antofagasta de la Sierra, via Llullaillaco (6739m) and Antofalla (6440m). Gone for now are the halcyon days of lightweight bikepacking. We’re leaving San Pedro with 17 days of food – our bikes will be heavier than tanks.

It’ll be a surprise to us if we make it to all nine summits (most likely the weather, though possibly fatigue or disillusionment will intervene) but we’ll give it a good go… 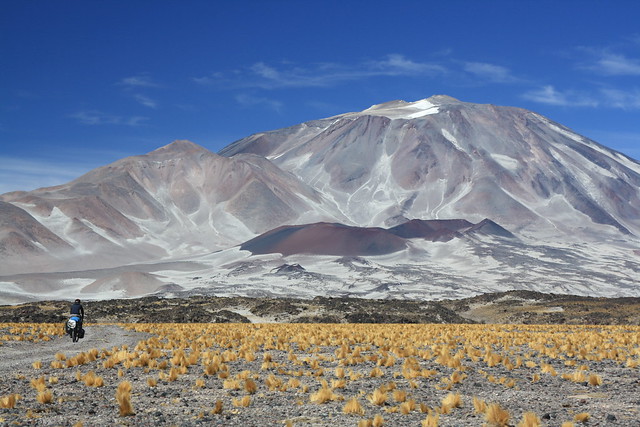 Cycling to Incahuasi in 2011. In our experience, biking to the base of the mountains is usually the most tiring part of the journey to a summit in this area. 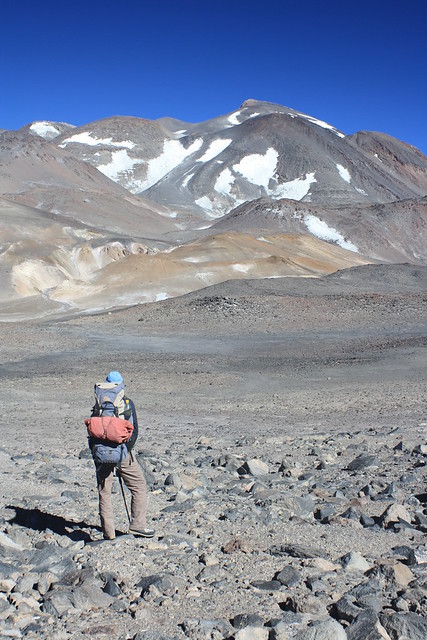 Then comes the hike with heavy packs to high camp. Haz heads for Ojos… 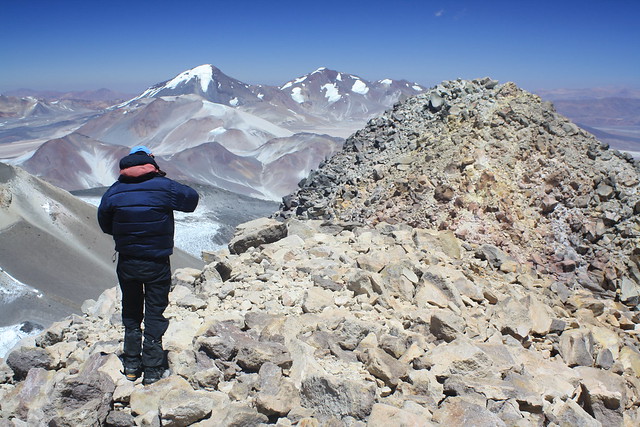 The reward: panoramic views of the Puna. A high altitude desert of giant volcanoes and colourful lakes, seen here from the summit of Ojos.