The Santa Cruz trek made me feel old. It’s the trek the gap year kids do. A beautiful four-day hike that all the tour companies offer, and backpackers, with their £1,000-a-month Peru budgets, lap up. They come, they walk, they see their first glaciers. They reach altitudes they’ve never reached before, and at the back of their minds there’s the niggling doubt that maybe they’ll be unfortunate and be struck down by symptoms of AMS.

As we sat on Punta Union and marvelled at the chaotic, tortured ice-falls I envied them that first experience. That first taste of high altitude adventure which for me seems so long ago. Perched high on Huayna Potosi with Neil, Hels and guide Mario back in 2002 watching the sun rise over Lake Titicaca seemed a  lifetime of travelling away.

Gone maybe is the thrill of the new, that first time; but the addiction’s still there. With a year in the Andes still ahead of me, I know I’ll keep coming back for more. 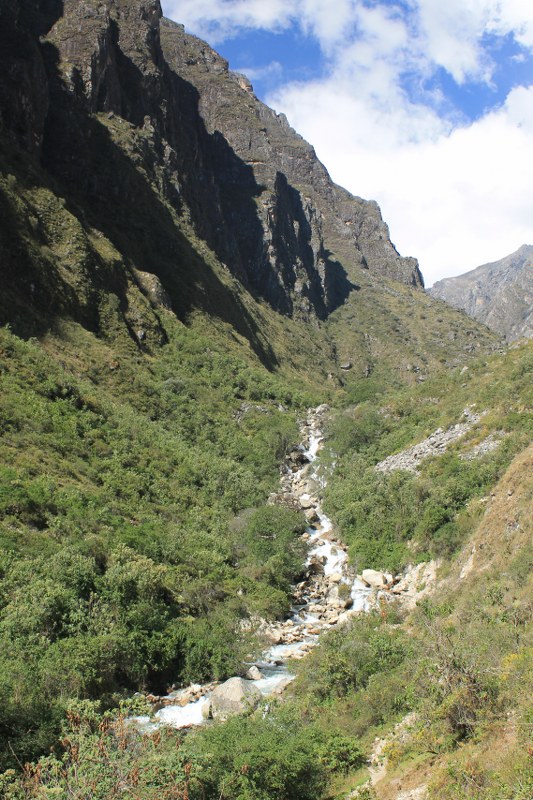 Climbing into Quebrada Santa Cruz. As with all the valleys in the Cordillera Blanca that lead off the Callejon de Huaylas, this one has huge rock faces looming to north and south. 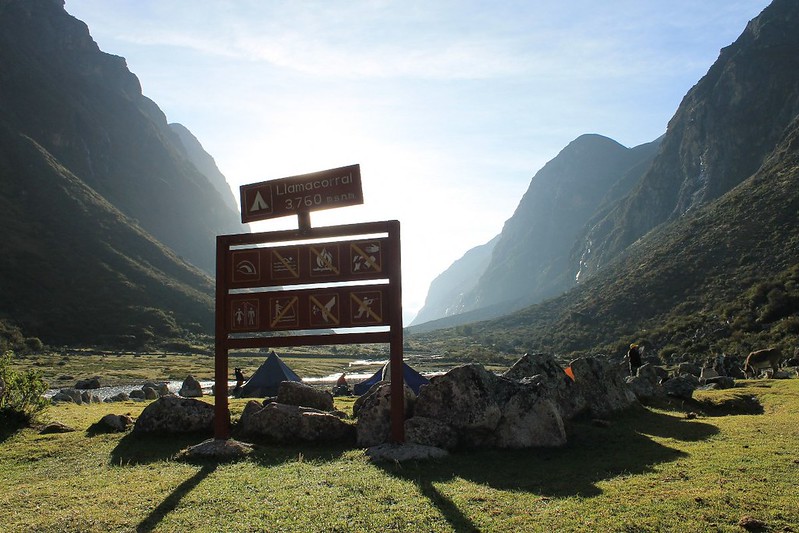 A first camp in Quebrada Santa Cruz. Though we barely met any other trekkers this day there were a couple of small groups to share this camp with. 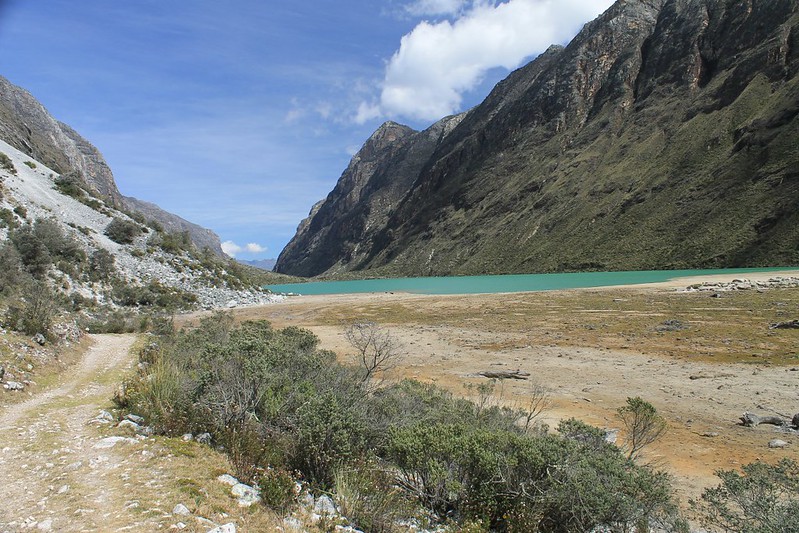 Laguna Jatuncocha, Quebrada Santa Cruz. The Cordillera Blanca is a paradise for trekkers. Not only is it home to a host of beautiful peaks, it also boasts over 250 lakes – far more than most mountain ranges of its size. 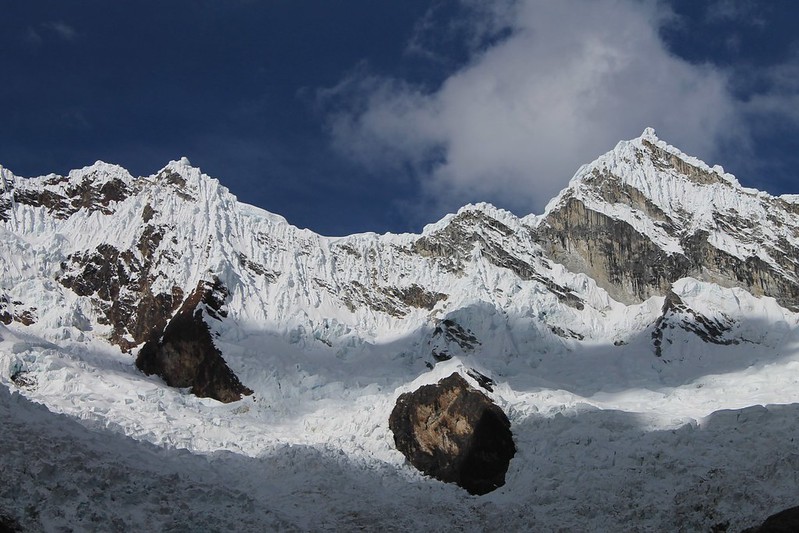 Nevados Pucajirca, one of the most heavily glaciated massifs in the Cordillera Blanca, and a hugely impressive peak best viewed on the short sidetrip up to Laguna Arhuaycocha. 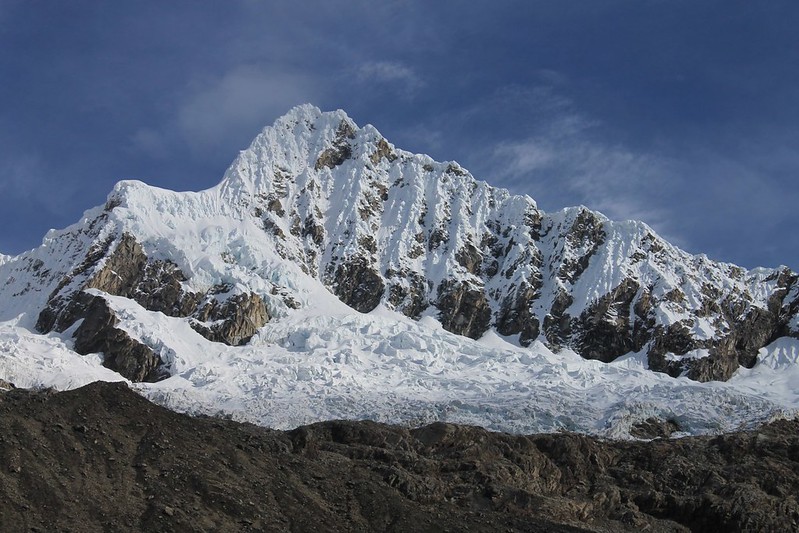 Alpamayo’s South Face. Hard to believe, but from the other side this peak is a perfect pyramid, once voted the Most Beautiful Mountain in the World. 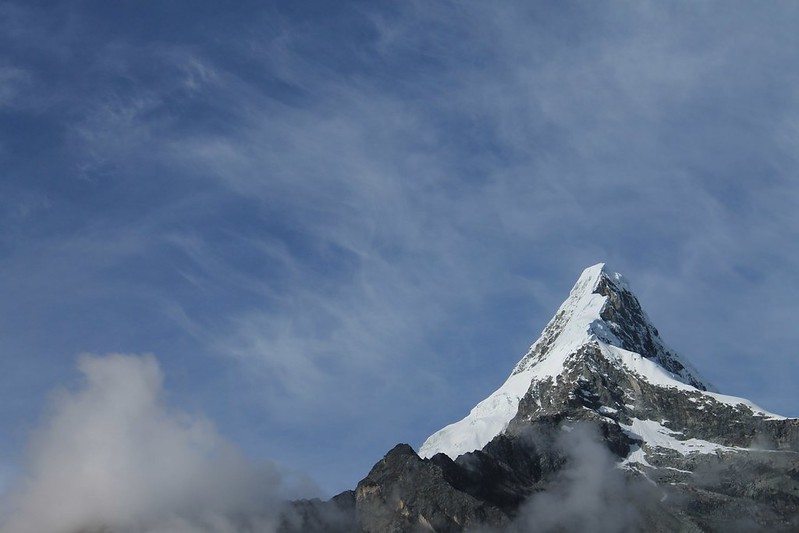 Artesonraju. Not one of the Cordillera Blanca’s highest peaks (being 1m short of 6,000m), but one of its most striking. Uncannily similar to Paramount Pictures’ live action logo. 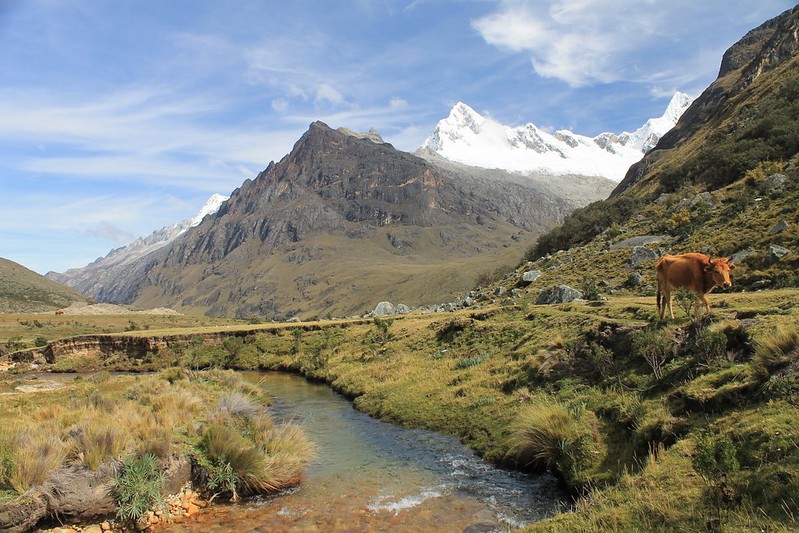 Ginger cow and Quitaraju at Taullipampa. There are big problems with over-grazing in Parque Nacional Huascaran with most valleys having a resident cattle population. Moves are afoot to try and phase these herds out, reversing 400 years of custom to revert back to llamas and alpacas. These camelids have a far less detrimental effect on the local plants and environment. 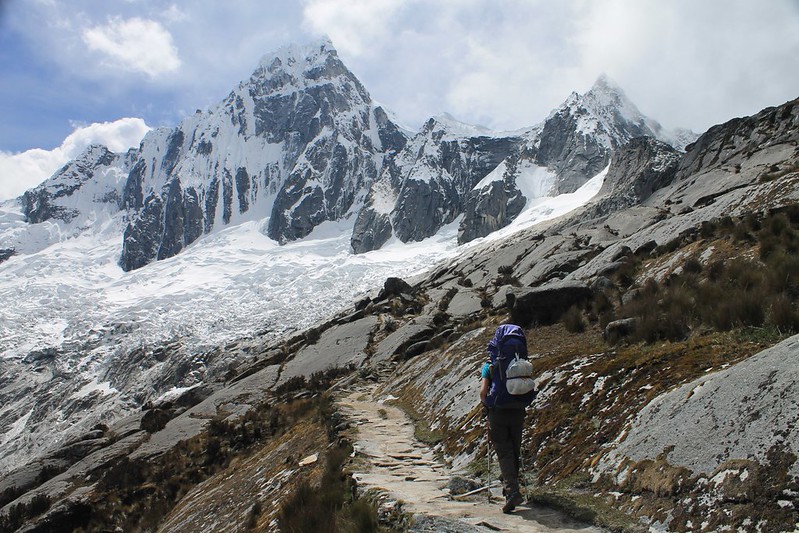 Taulliraju on the climb to Punta Union. The 4,760m pass is an easy undertaking. The peak, from this side, is not. 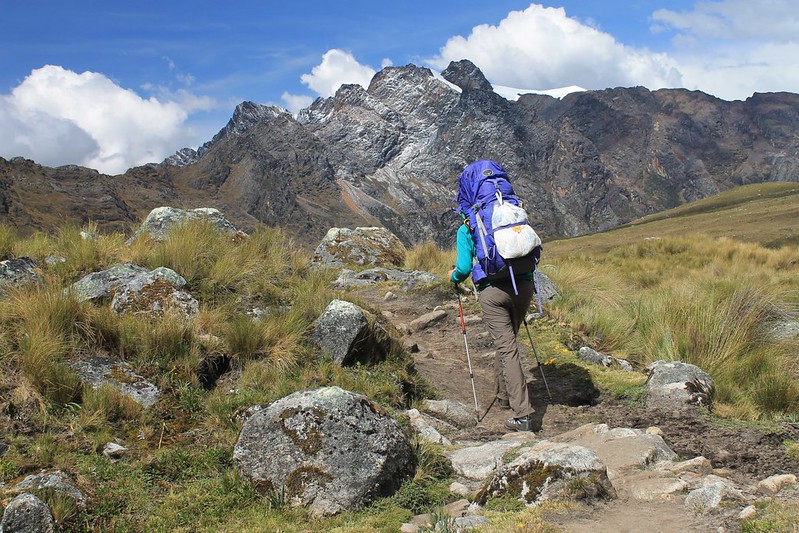 Descending from Punta Union to Huaripampa. This side of the pass has a very different character to the western side and its panorama of icy peaks. It’s much damper too, in our experience. Haz sporting a good-sized rubbish bag, from a clean up we’d done at Taullipampa camp. Though there isn’t much rubbish on the trek, some inconsiderate idiots still continue to dump their crap in the Park rather than carry it out. 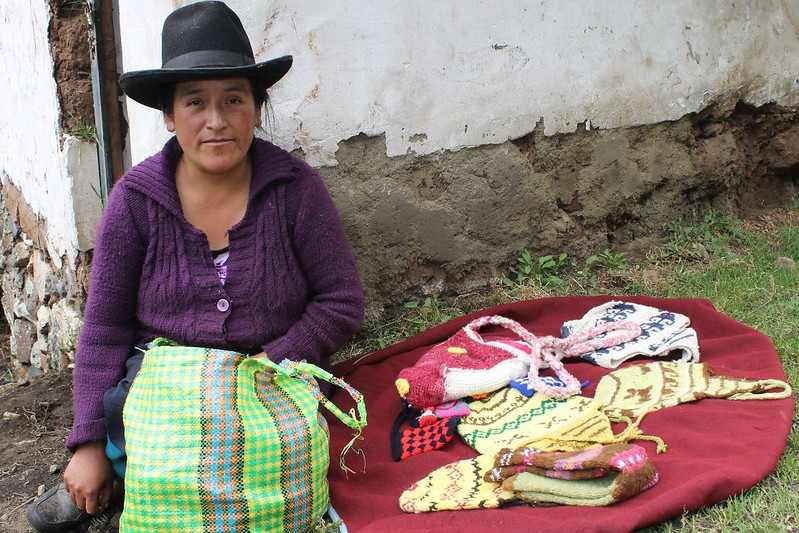 The lovely lady who sold us some toasty homemade socks in Huaripampa. She wasn’t a big fan of Israelitas, launching into a 5 minute diatribe against them soon after we met. Sadly this is by no means the first time we’ve heard these sentiments from local people in the Andes. 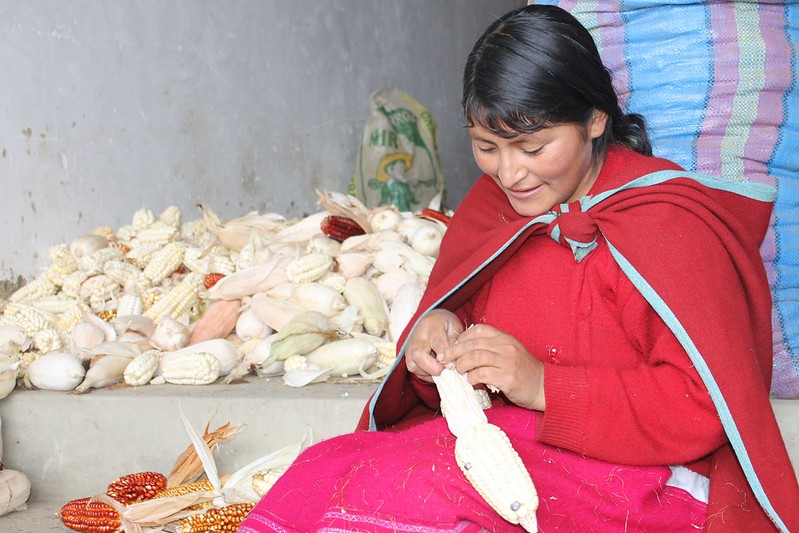 Preparing maize in Yanama. While we twiddled our thumbs waiting for transport back to Huaraz, this young lady used her time far more productively, pairing off the chicha in preparation for hanging in the eaves of her house.

One thought on “Old as the hills: trekking Santa Cruz”