As we knew it would be, March and April in Ancash was spent pottering about, often accompanied by the squelching sound of wet boots. Heading out into the hills for short trips on foot and bikes, hoping to strike lucky with some clear skies. Occasionally we won, more often we didn’t.

We learnt the importance of waterproof boots to combat boggy pampas and getting up at the crack of dawn to avoid afternoon showers. The peaks were somewhere behind a wall of cotton wool; when they did appear for a minute or two we were reminded of their allure, their magnitude, their beauty. 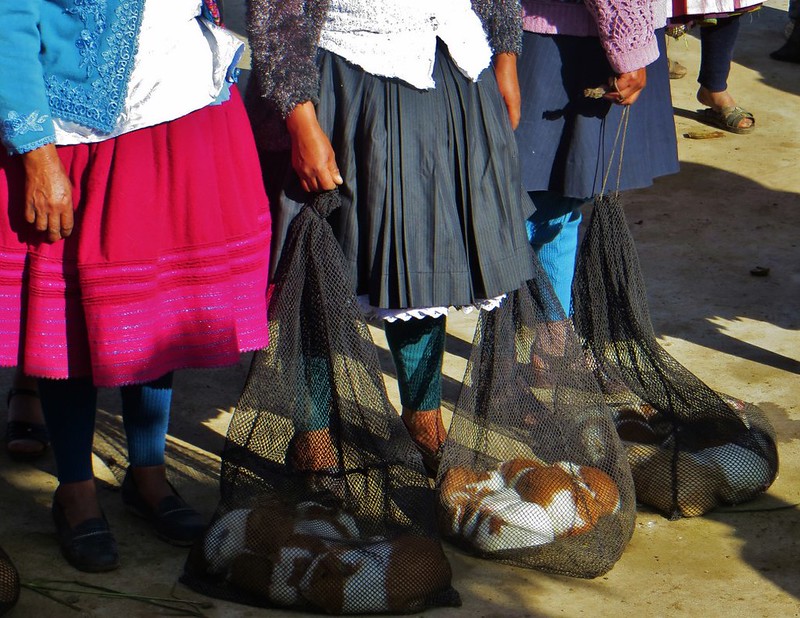 The weather has no effect on the Carhuaz market. Rain or shine those cuy keep on breeding, and the campesinas keep bringing them down in sacks from the villages twice weekly. 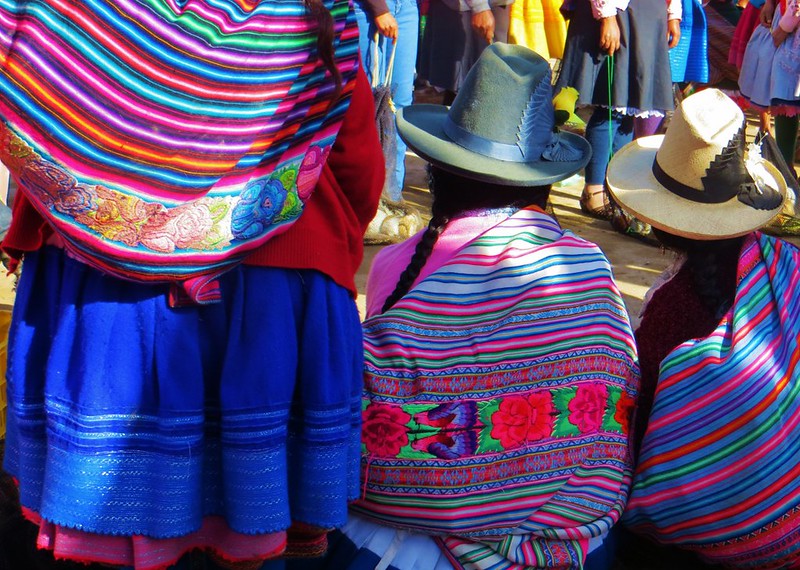 The original expandable backpack. Lightweight and versatile it’s perfect for a sleeping bairn or for carrying produce back from market. 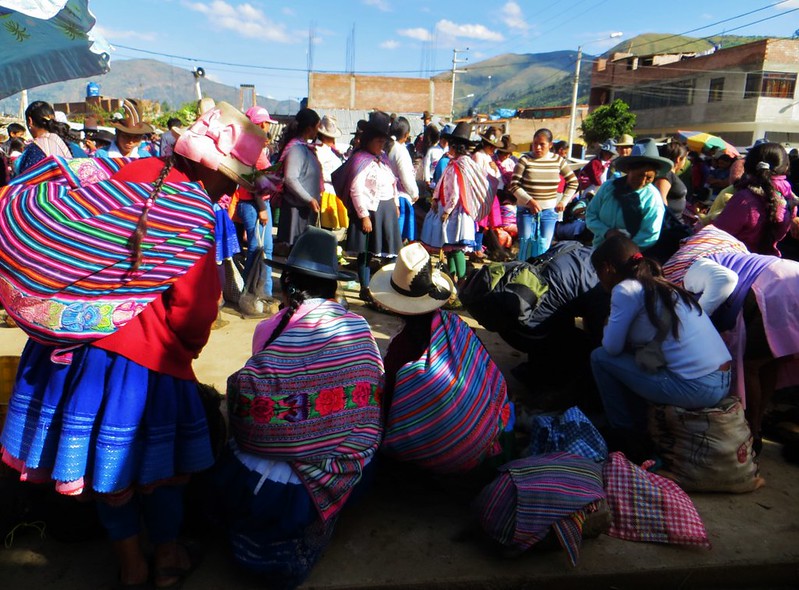 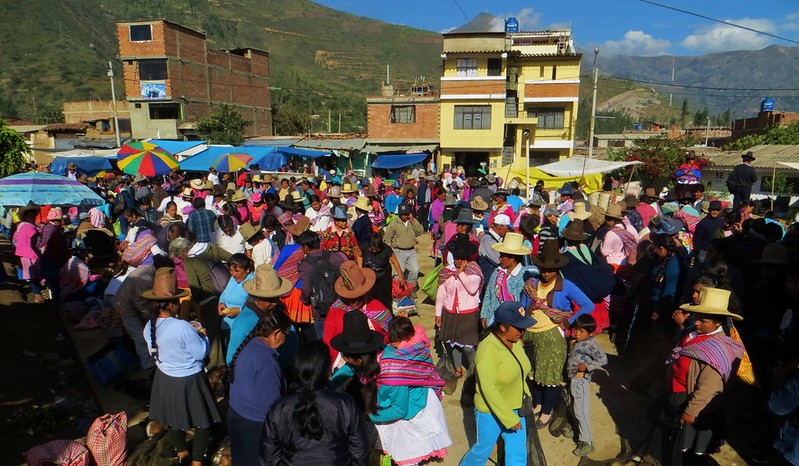 Every single person in this photo is holding a sack of cuy! What if they revolted, escaped, and ran amok round Carhuaz centre? Run free little guinea pigs, run free! 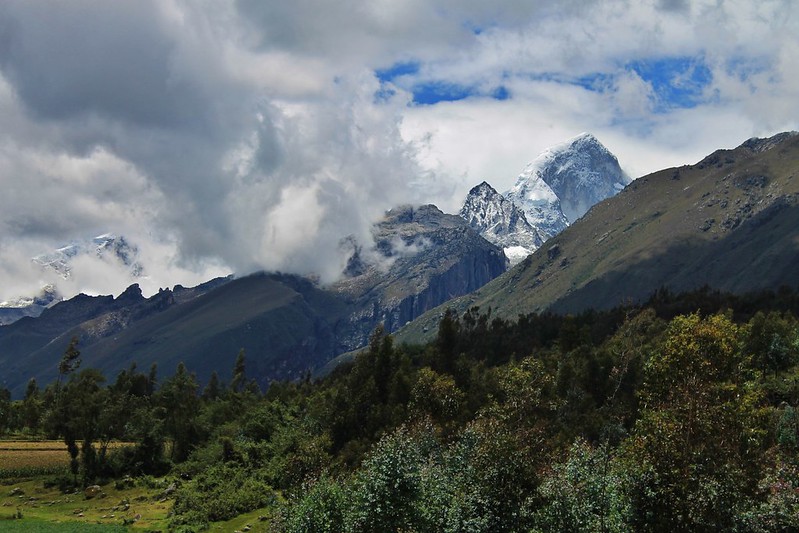 As Haz got stuck in at the cuy market,  Neil embarked on a day ride to Musho. Huandoy South soon regained its ‘favourite peak in the Blanca’ status. 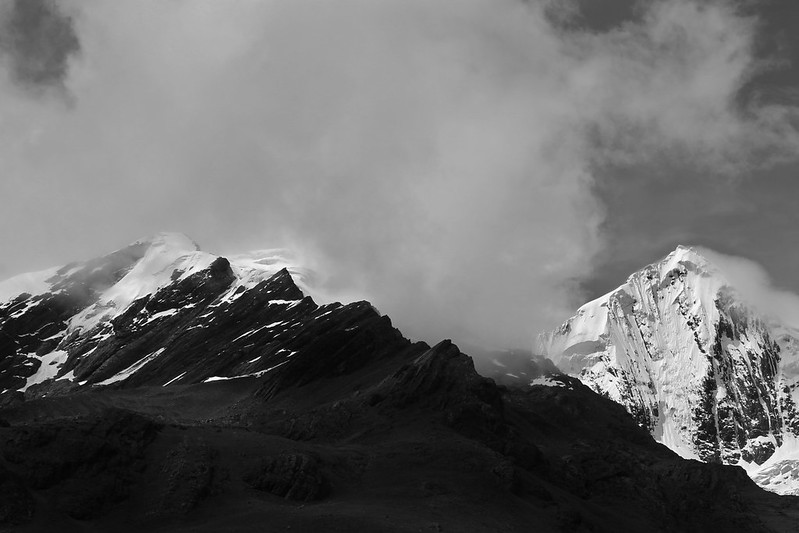 We waded the pampas of Quebrada Raria, wishing we’d worn wellies like the locals, and stealing the odd glimpse of Nevado Mururaju. 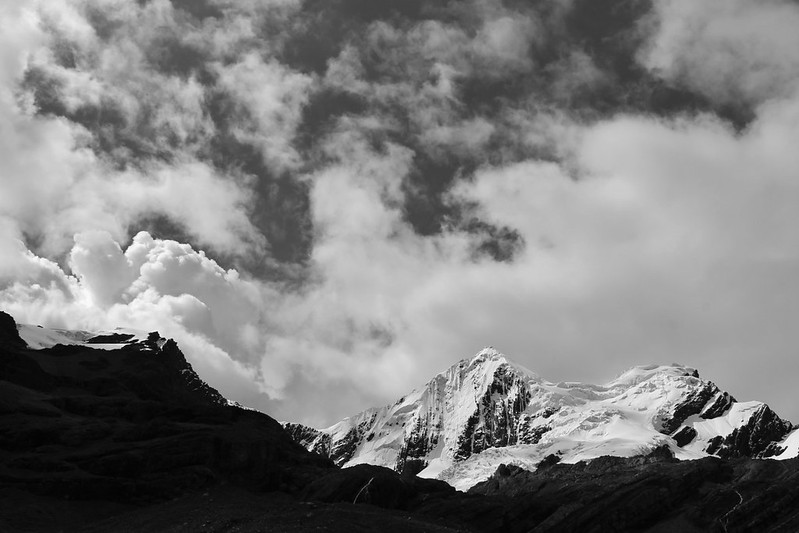 All the Blanca peaks are laden with snow at this time of year. 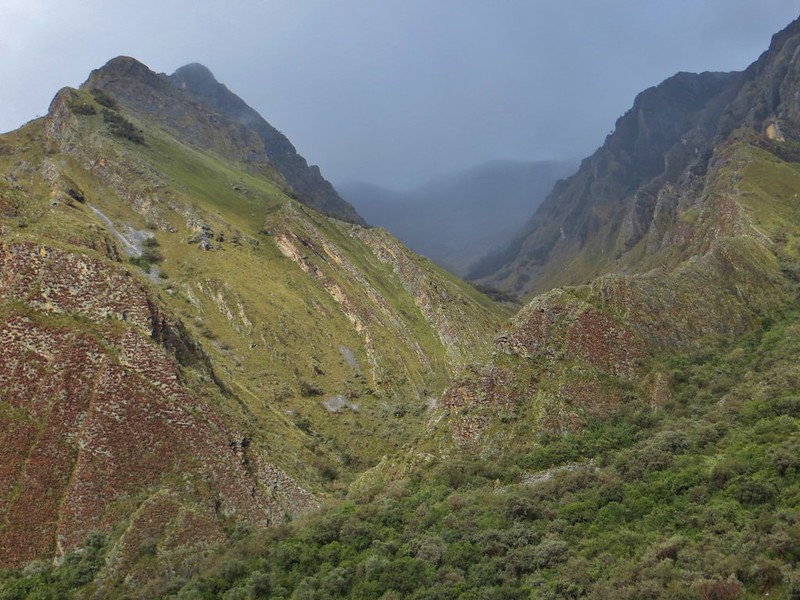 …and the red bromeliads are out in force, clinging resolutely to steep rock faces. 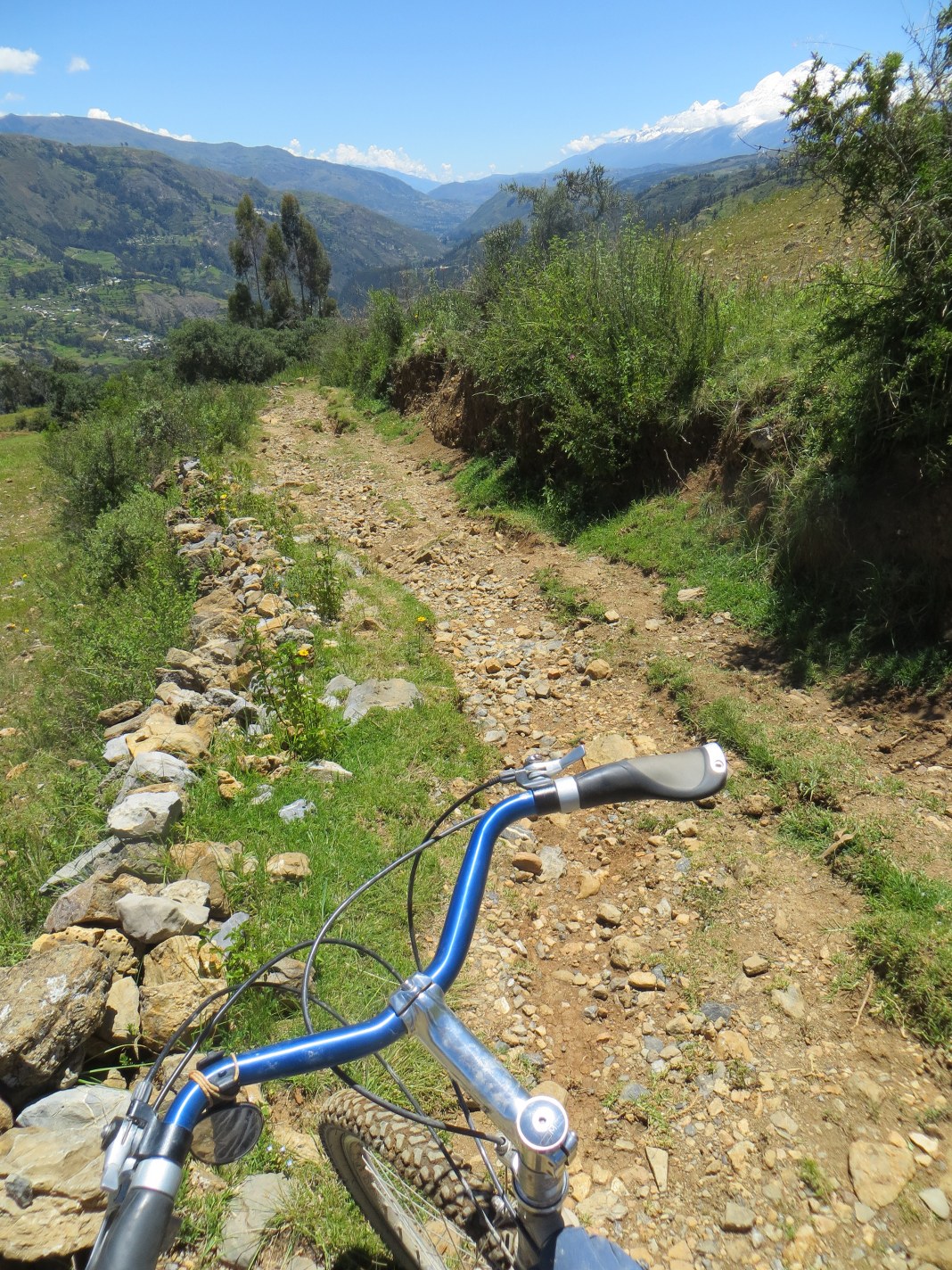 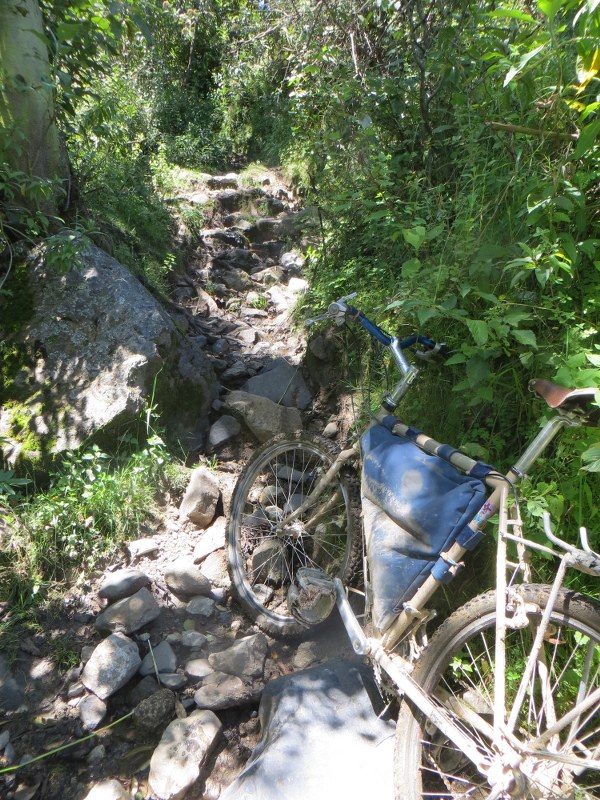 A popular route with the Huaraz Riders, as she thudded down yet another flight of stairs she wondered if perhaps a bike with some sort of suspension would’ve been a better idea…? 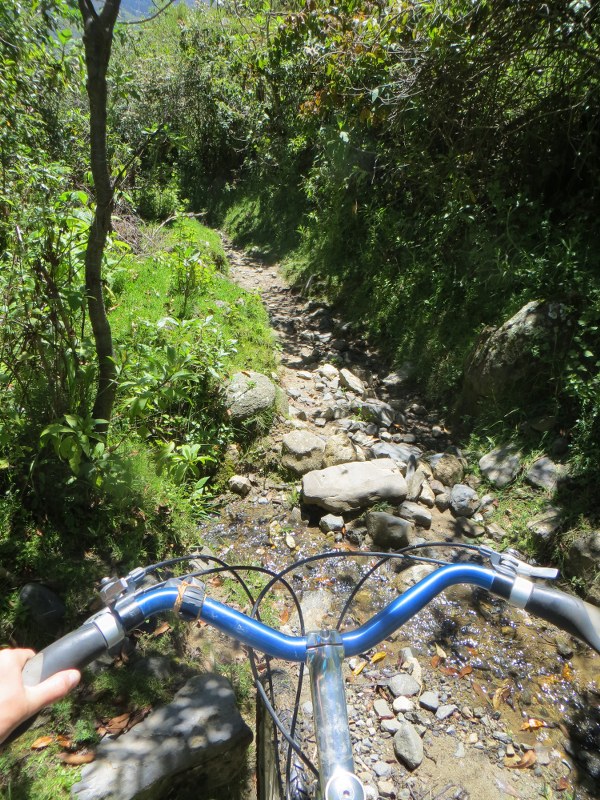 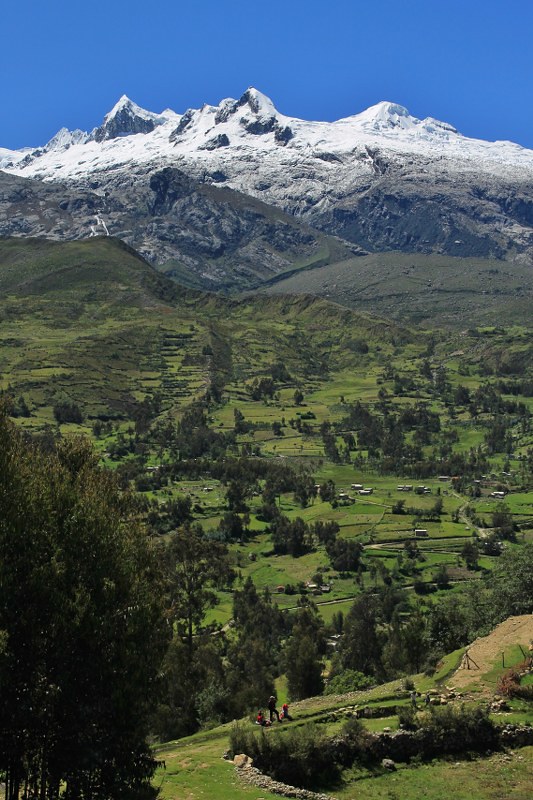 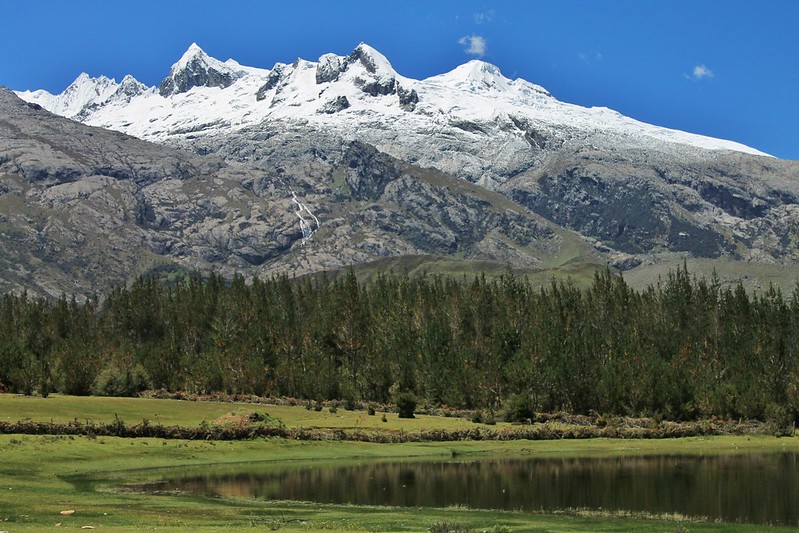 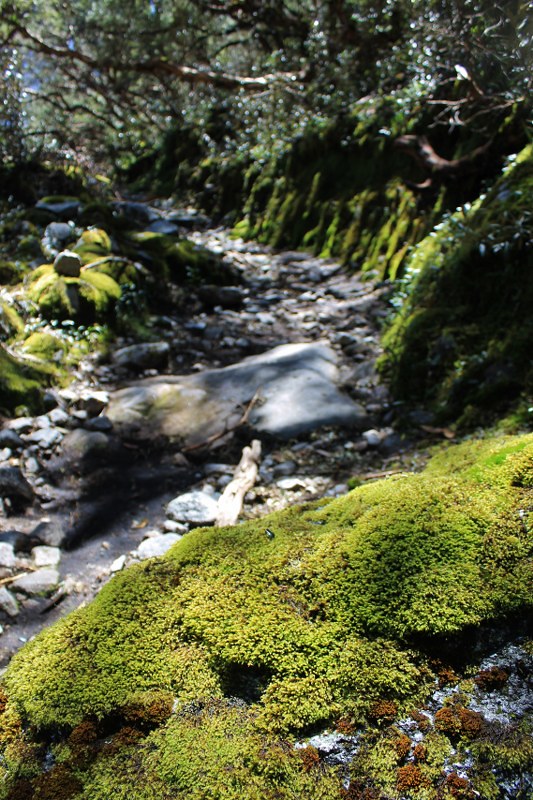 With no mountaineers around, he had the mossy quenual forest all to himself. Well, apart from the fairies of course… 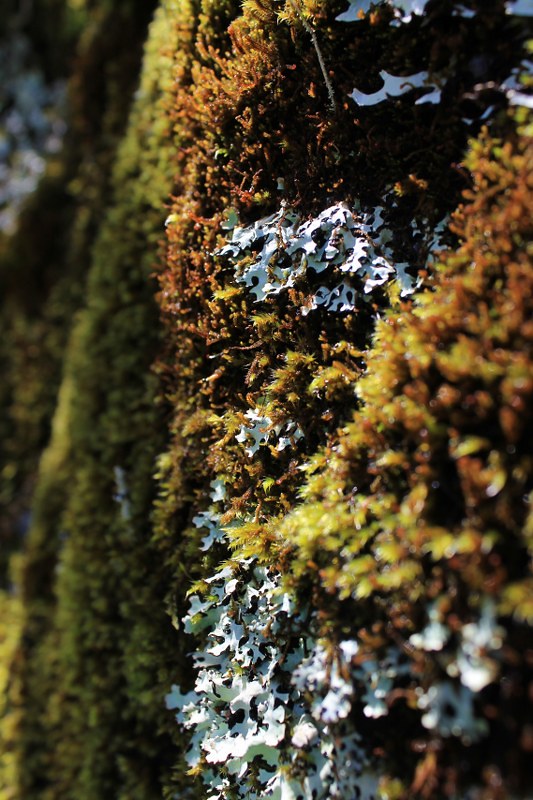 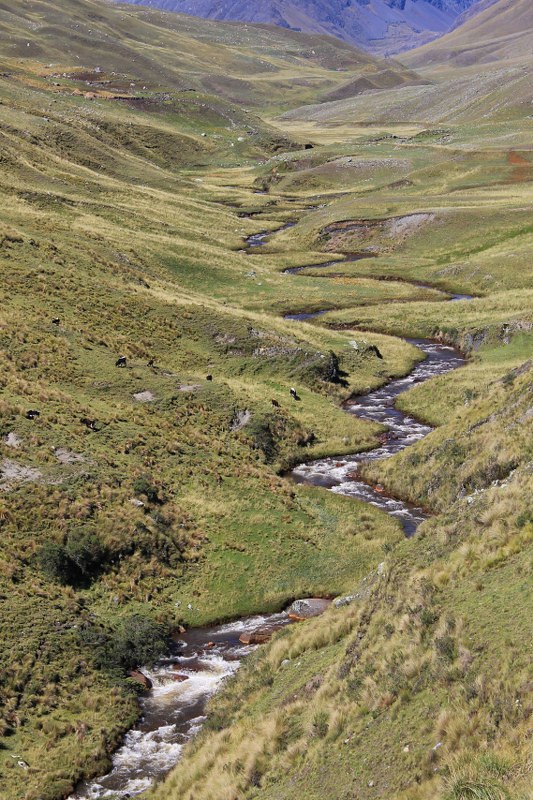 For reasons that can only be put down to crap planning, we set off to trek the Olleros – Chavin route for a third time. The views on this trek don’t compare with most others in the Blanca; but the meandering river through Quebrada Uquian is always a joy to wander along. 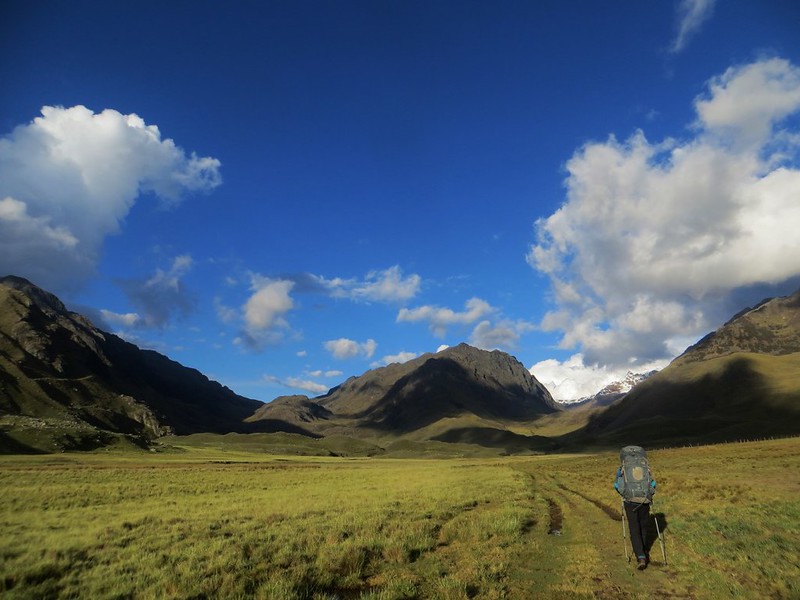 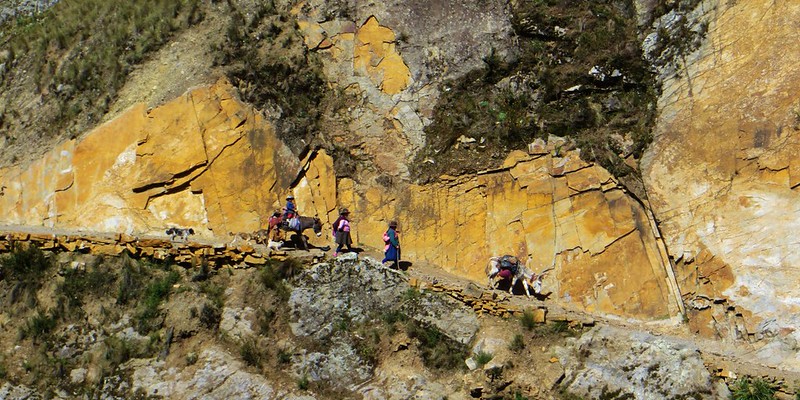 These rocks are good too. We thought we’d been quite subtle, photoing these ladies from a distance with our small camera. Till we looked closely at one of the shots and realized all except the mule were staring right at us…. 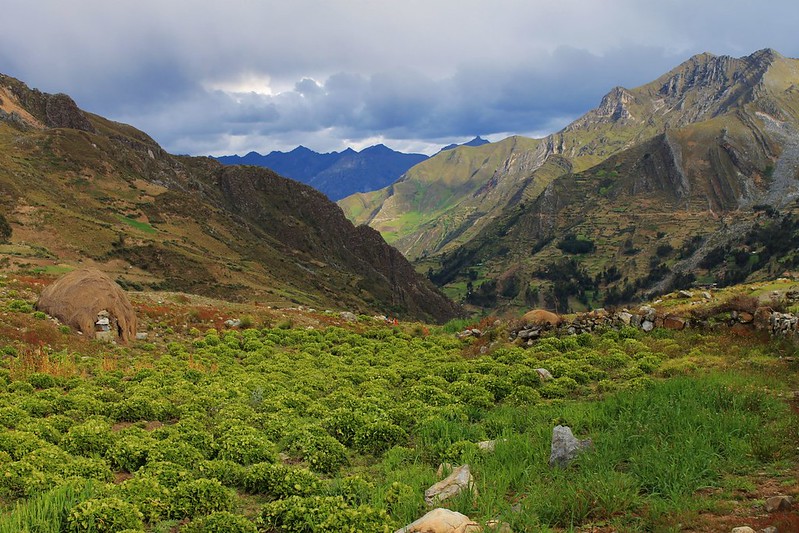 After 3 aborted attempts, we ran out of time and had to head to Carhuascancha despite bad forecasts. We’d been looking forward to this quebrada since seeing the sheer number of lakes in it on a map.

…but four overcast days meant we didn’t see much. Huantsan poked its head out just this once… 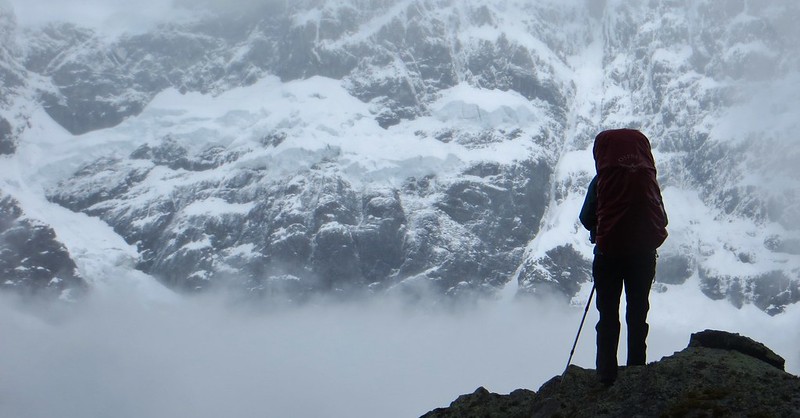 It was a frustrating game of hide and seek. 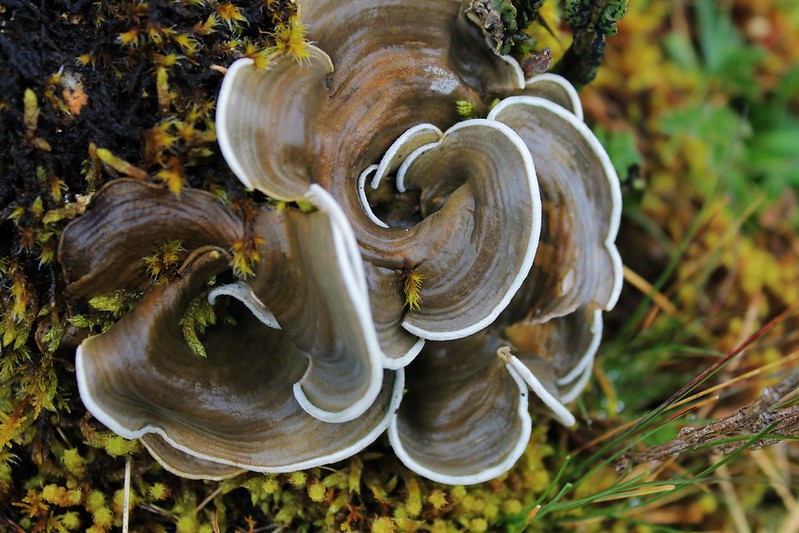 Though we’re not really sure how the peaks are faring, the fungi were doing well. 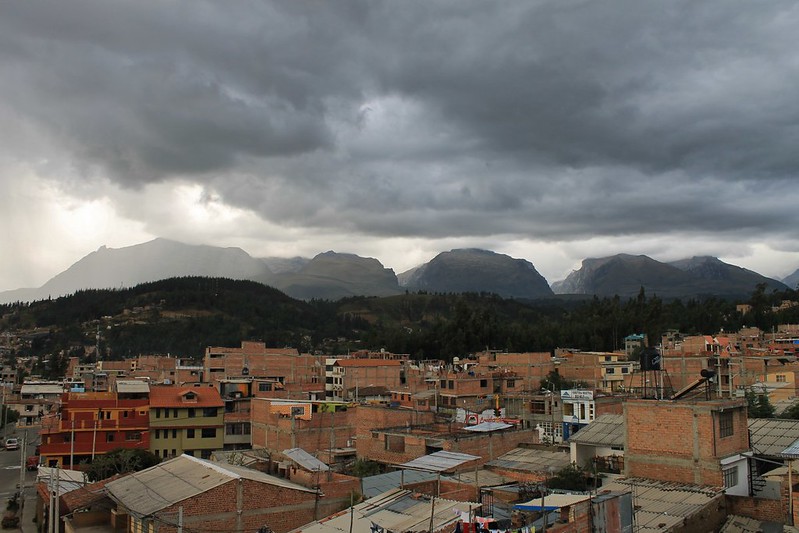 Back in Huaraz we continued to stare at the skyline, wishing and hoping the rain would stop so we could get out into the hills and enjoy our final month in Peru…